skip to main | skip to sidebar

Here's another classic Jack Vance cover from my collection. Strange and wonderful, this one hales all the way from 1975: 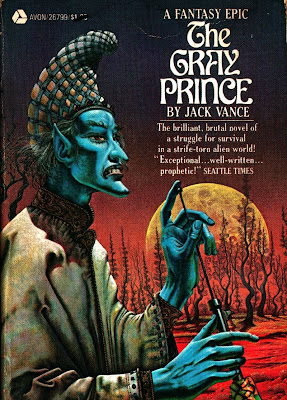 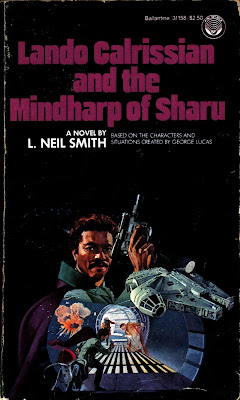 I was gifted this amazing Lando book today. A special day indeed...!
Posted by Fat Cotton at 1:54 AM 2 comments: 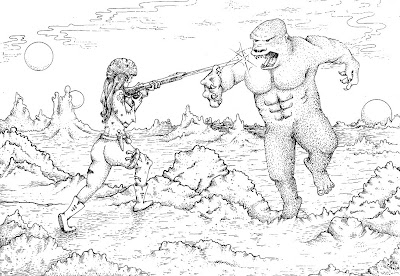 Another fine evening on Planet Algol. Here we see a classic moment where it's might against machine. A tense moment for sure. Will her next shot be more true? Is there even time for another blast before she's torn limb from limb? However it works out, we all know it all rests on that next d20 roll...
Posted by Fat Cotton at 3:50 PM 4 comments: 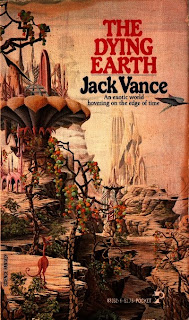 Just returned from a two-week Southwestern adventure...and will be updating with some new art over the next few weeks! Lots of cactus research was accomplished as well as a day of traveling into the depths of Inner Earth. Much inspiration was achieved. Not only that but upon delving deep into the shelves of an old paperback palace, I found, lying there amongst the paper bones of its forgotten brethren, a flawless copy of Jack Vance's The Dying Earth.

I also realized that I had left out a panel from the previous Insect Children series. If you look now, at the article below, you'll see it wedged in place between the meeting of Xarnagan and him hypnotizing his burrowing owl construct.
Posted by Fat Cotton at 11:36 AM 2 comments:

Sites of Note and Interest